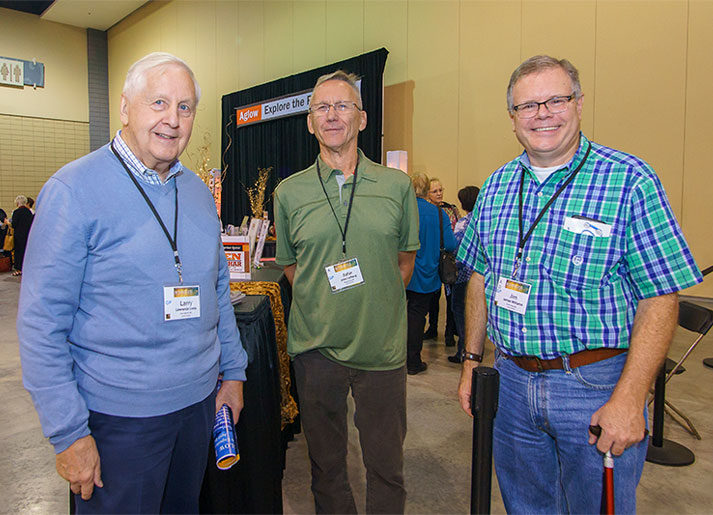 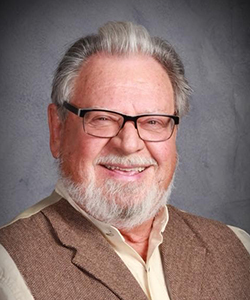 Introducing Loren Bayer, Men of Issachar Coordinator operating out of the High Desert of California:

Born on an Iowa farm, Loren is the Husband of Glory Bayer, father of a son, daughter & grandfather of 5. Loren moved to WI after graduation to work in his brother’s business as a machinist. It was there he met his bride of more than 50 years.

Loren had a dream of being in sales and owning his own business with six branches since he was just a teen. As a teenager he sold Mason shoes farm to farm. Amway was arising and in that involvement Loren learned much, especially about rich life sustaining principles and sales principles with the team of Husband and Wife. He is most thankful to Amway, because it was at an Amway Rally that he and Glory accepted the Lord and their  lives changed exponentially!

Loren worked for the AAA Motor Club and learned the success of sales around a family table. After an opportunity with co-ownership in a glass business Loren found his true passion in cemetery sales at WI Memorial Park. He found a special grace God gave him with families dealing with death. Many adventures of moving around the country with the death care industry, with the last move thirty years ago from Albany, NY to the high desert of California. The move came with three confirmations from the Holy Spirit that this was where they were to be, so the love of the desert was a natural result. After 10 years of managing a local memorial park it was then the Lord orchestrated him to start his own business as a cemetery broker reselling properties people no longer needed or wanted. It is a ministry of helping people at their most difficult time. God has blessed Bayer Cemetery Brokers (with 6 branches) beyond all that he could have believed or conceived.

As far as hobbies, Loren has had many and varied over the years, but to this day travel with fellowship is number one having enjoyed 20 years and 100,000 miles of motorcycling touring. Loren still loves road trips now with a Jaguar XKR convertible (his dream car from youth was the XKE). Their philosophy is, if we haven’t been there, we’re interested. God created us a beautiful world to experience and wonderful people to meet.

Woven in between the many years was the Lord. From the beginning Loren was in Full Gospel Business Men & Glory, and has been involved in Aglow since 1979 when they first got saved. There have been many churches, conferences, and people of influence, but Aglow has been the greatest part of spiritual growth for both in Loren and Glory. They are firm believers that God answers the desires of your heart.

Now Loren enjoys an exciting new journey with Dave McDaniel in the Men of Issachar knowing the best is yet ahead. 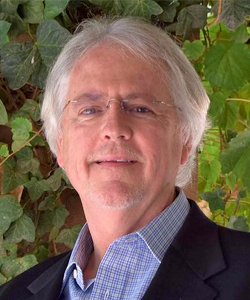 Born in Kansas City, Kansas, and raised in Houston, Texas, Dean grew up in the space and medical centers of Houston. He was involved in acting and Boy Scouts. Boy Scouts was they only exposure to church and the gospel for Dean. He was saved at age 33.

In Houston and Austin, Dean worked in information systems for about 30 years. Taking assignments in New Zealand, Canada, England, France, and the US, Dean created experimental application development methodologies and system modeling tools to speed development of computer programs. He managed multi-site, multicultural 24/7 operations for large software organizations. From there he worked as a data and systems architect, and project manager to merge corporations and reengineer and streamline their business processes.

Dean currently lives in New Mexico where he is a professional performance coach, working to help people clarify their personal and professional goals, and set plans in place to achieve their dreams. He loves to see people grow in their calling. After moving to New Mexico, he married the love of his life, Lenda Curtis, the Regional Director of Aglow’s Southwest Region, and has been a part of Aglow ever since.

Dean has two children, one an officer in the US Navy, and the other is a worship leader and photographer, working on her second degree in computer science. He has four grandchildren and two great grandchildren.

He attended Rhema Bible School in 2006, and is currently enrolled in another Bible school, studying reformation teachings of the early church. Dean recently took a missions trip to Kashmir and Nepal. Next year he is planning another mission trip to Afghanistan and other smaller countries in the area. 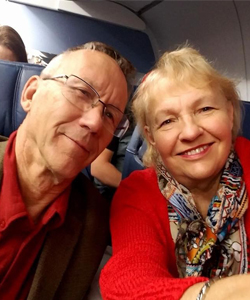 John retired after a 26-year career in the USAF and teaching college math for 16 years.

John has a deep, quiet strength and a witty creative streak, often bringing unique observations into the lives he touches. John has a desire to see Gods creativity released and expressed through the lives of men and women of Aglow, to realize a new dimension in their relationship with Jesus.

John is married to Sande, who also serves in Aglow as the Regional Director for the Great Plains-Rocky mountain Region. They live in Rapid City, SD and have two children and six grandchildren. John has served both as an elder and as a member of the council in his church. 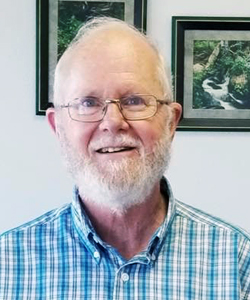 Introducing Kevin Mathias, our Men of Issachar Coordinator, operating out of Yuma, Colorado:

Kevin’s Mathias has been a Lighthouse advisor for 30 years. He has been married to Lola for 46 years and has has 5 grandsons, loved by he and his wife, Lola. He is the owner of Mathias Insurance Company.

Kevin is a native Coloradan, born in Del Norte, Colorado. He grew up in Denver and went to Adams State College.

Kevin attends New Life Christian Center where he sings tenor on his worship team. He is a member of Washington Yuma Gideon Camp and leads a Men of Issachar breakfast Bible study using Graham Cooke’s GameChangers. 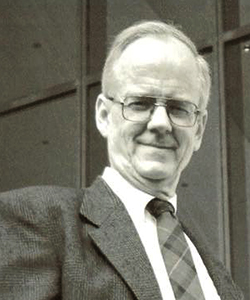 When John was just one month old, his family moved from his birthplace in Milwaukee, Wisconsin to Rapid City, South Dakota. John was raised with two brothers and an adopted sister by a medical doctor father who loved classical music, and a former teacher/housewife mother amongst the Black Hills of South Dakota.

His first professional job was with the American Symphony Orchestra during his senior year of college. He continued his career with the Dallas Symphony for four years, then moved to the Houston Symphony Orchestra, where he enjoyed Principal and Co-Principal Trombonist seasons for 27 years.

In retirement, John has been called to substitute for the Houston Symphony, the Houston Ballet and the Houston Grand Opera Companies.

John was saved and received the Baptism of the Holy Spirit at Lakewood Church in Houston under Pastor John Osteen, and then met his wife Lydia at Lakewood. They were both involved in an outreach group taking food, Bibles, and clothes to three different wards in the city of Houston. They also ministered in music, street ministry, missionary trips, and the prayer partner ministry through Lakewood. For seven years, they ministered at Love Joy Glory Church in downtown Houston, where they ministered to the homeless and recovering addicts. Currently, they minister weekly at a local nursing home/care center.

John and Lydia have been involved in Aglow International for many years. For both local and area teams, John has been an advisor while Lydia has served as president and in other offices. Together they have enjoyed many Aglow trips to Israel and many national/international conferences. John has attended every conference since 1999, and Lydia since 1993. They worked together on the GCST committees for Houston conferences in 2001 and 2011.

They have served as Texas State Prayer Coordinators since 2013. This has included leading a local group of intercessors believing for their community, Brenham, the birthplace of Texas, to experience revival, renewal, and transformation. John also enjoys studying the Word of God. 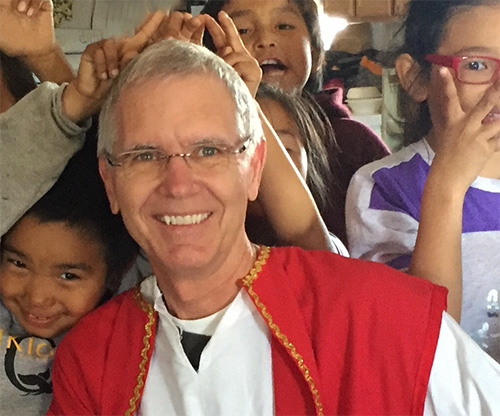 Operating from the Janesville, WI area, Dave Moe is an encourager who understands that encounters with the Holy Spirit change lives. Dave’s identity and purpose are found in Isaiah 61:1-3. He has a vision to see many spiritual acorns become oak trees in the Lord. David is a man of wisdom and integrity who walks in humility, sometimes finding himself on a road less travelled. He is learning the language of one whose citizenship is in Heavenly realms, and can frequently be seen encouraging a friend or helping out with household repairs.

In his role with Men of Issachar, he believes that men are in ministry right where they are, in their sphere of influence. He sees God raising the bar in the way that men reflect the character of Jesus as they find their identity in Him. He also recognizes the times, and has explored biblical eschatology (visit him at theseareelijahdays.com and facebook.com/theseareelijahdays).

David is currently a sales manager in the agribusiness industry, is involved with his local church, and enjoys spending time with his four granddaughters. He can be reached at This email address is being protected from spambots. You need JavaScript enabled to view it.. 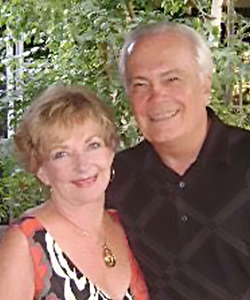 Gary was born in Jamestown, New York in 1944 where he met his wife, Kathie in high school. Upon graduation, he received a Congressional appointment to the U.S. Naval Academy in Annapolis, Maryland.

Gary and Kathie were married in 1965 and moved to the San Francisco Bay Area where they raised two children and were blessed with five grandchildren.

After living life “his way,” for 31 years, getting caught up in partying and extramarital affairs, Gary finally surrendered to Jesus’ Lordship. God immediately healed his marriage and began to order his steps making it very clear that he was to go to Oral Roberts University in Tulsa, OK. He graduated with the class in 1980 with a degree in New Testament Theology.

When Gary moved his family back to Northern California, God led him to take a job in office equipment sales with a national company instead of the ministry career he expected. Within six months, Gary was the top salesman in the nation. A year later he started his own company and grew it to annual sales in excess of $4 million. He became a forerunner in Market Place Ministries with a Chaplin on staff.

God has continually stretched Gary’s faith through huge financial commitments and health challenges. He is a prostate cancer survivor, has experienced rapid healing of a broken back and is grateful for the army of Aglow prayer warriors.

Gary is ordained by Third Day Churches, was an Aglow Area Board Advisor, is a member of Men of Issachar, and serves Aglow International with his wife Kathie as Stewardship Ambassador. His vision is to see people become all God has called them to be in their families, businesses and the Body of Christ. 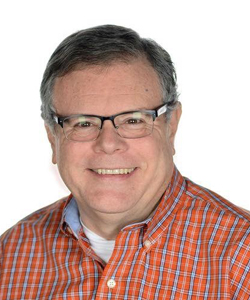 Introducing Jim Williams, our Men of Issachar Coordinator in the Atlanta, Georgia area:

Jim has been a software engineer for nearly forty years and is a Men of Issachar Coordinator for Aglow International. He has a compassionate heart and strong desire for all to experience the freedom of salvation that is only available through faith in Jesus Christ. Whether it’s mopping a floor, or being part of a strategic prayer team, Jim serves with joy in whatever capacity he is called. He is dependable and faithful.

Jim is married to Carolyn, who also serves in Aglow as Area Team President of North Georgia. They live near Atlanta and have five children and six grandchildren.